Silent Industries — Is Anyone Supervising Industry?

This is the first in a series of reports based on the ongoing work and research conducted by Citizens for the Environment in the Galilee (CFE), a nonprofit organization based in Peqi'in. CFE has undertaken the task of examining whether government officials supervise industrial factories adequately with regard to their environmental conduct and the extent of their compliance with environmental regulations.

The report examines who monitors, who oversees the monitoring and who supervises the way factories operate with reference to the environment. It reviews government regulations that stipulate the frequency of testing required by each industry, and describes who is responsible for collecting the test results and assuring that standards are maintained. It also indicates who enforces the law in case of alleged violations.

This is the first in a series of reports to be published by CFE in the coming two years on the issue of industrial conduct and the environment. It focuses on 25 factories in the Western Galilee that were surveyed by CFE, for which relevant data was collected. It is important to note that access to information was limited, and as a result, only a sample of the many factories in the area was actually studied in the survey.

1.Most factories in the north do not comply with the stipulations set in their business licenses with regard to required frequency of testing for adherence to permissible levels of air pollution and sewage, and with regard to reporting test results to the supervising authorities.

3. There is no one supervisory factor among the authorities that oversees efficient and accurate monitoring and control of industrial practices. The Ministry of Environmental Protection does not consistently monitor adherence to standards as authorized by contract when factories are issued business licenses. Furthermore, the Ministry does not possess all of the significant data that is necessary to effectively monitor these factories. The result is a loss of credibility and erosion of authority in exercising deterrence. This damages the Ministry's capability to conduct legal proceedings against polluting factories, when such action is necessary.

4. Systematic data collection by government officials concerning factories is totally lacking. Moreover, the majority of information held by the Ministry of Environmental Protection and by other responsible authorities is not available on computer file or on official websites, making access to information very difficult.

5. Local residents who want to know what pollution levels caused by industrial activities are in their areas, have no one to approach. It is most likely that in order to get this information, they will need to contact several authorities and wait at least a few months until reliable information is forthcoming, if at all.

2.Some of the pollutants documented are highly toxic residual substances, and some are carcinogenic. These toxins will remain in the ecosystem and continue to harm resident populations for years after the violations were committed. Moreover, these environmental hazards have wide ecosystem implications, often creating a complex chain of events – such as polluted water which damages the photosynthesis process in vegetation, harming the process of oxygen production, which results in reducing oxygen levels in the atmosphere.

3.Tolerating pollution limits that are incompatible with world standards and permitting a lack of oversight and a lack of enforcement, means that industries get extensive financial benefits at the expense of public health.

2.Only 12% abidance with air standard, 44% did not abide with standard, 40% did not conduct samples in accordance with Ministry of Environmental Protection stipulations.

The foremost aim of this report is to generate change. As such, we will continue our efforts in a variety of ways to influence both the regulatory agencies and the industrial sector to strengthen environmental regulations, heighten enforcement and oversight, and ultimately reduce industrial pollution.

The recommendations of this report are directed at the authorities, factories, employees and the general public. Considering that the Ministry of Environmental Protection holds most of the responsibility and authority to enforce environmental laws regarding overseeing industrial pollution practices, it is imperative to improve the entire supervisory structure and enforcement mechanism without delay so that the authority granted by legislation (both old and new) can be exercised to the fullest.

We are indebted to a long list of people who have assisted, advised, provided data and offered constructive comments for the writing and publication of this report. Our gratitude is extended to all (credits are listed in the Hebrew version of the report).

We especially would like to thank the Beracha Foundation, the Green Environment Fund, the Goldman Fund, and Stichting Levi Lassen, for funding the Sustainable Industry Project, which has made publication of the Silent Industries Report possible. 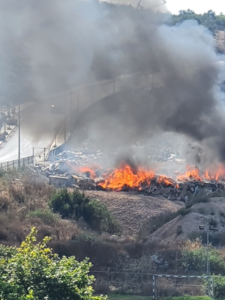 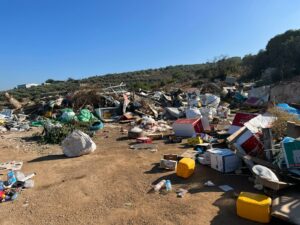 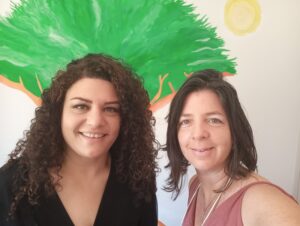 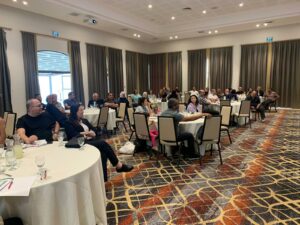